There just may be an upside to the Covid-19 global pandemic. Yes, really. In February NASA and the European Space Agency discovered a significant decrease in nitrogen dioxide (NO2) over China during its recent quarantine. NASA scientists say there is evidence that this change was the direct result of the country's economic slowdown brought on by the Covid-19 outbreak.

Fei Liu, an air quality researcher at NASA's Goddard Space Flight Center, said: "This is the first time I have seen such a dramatic drop-off over such a wide area for a specific event."

NO2 is primarily produced by polluting cars and heavy industry.

Although air pollution often dips in China during the lunar new year celebrations, this time around the levels of NO2 have not rebounded.

Liu added: "This year, the reduction rate is more significant than in past year and it has lasted longer. I am not surprised because many cities nationwide have taken measure to minimize (the) spread of the virus." 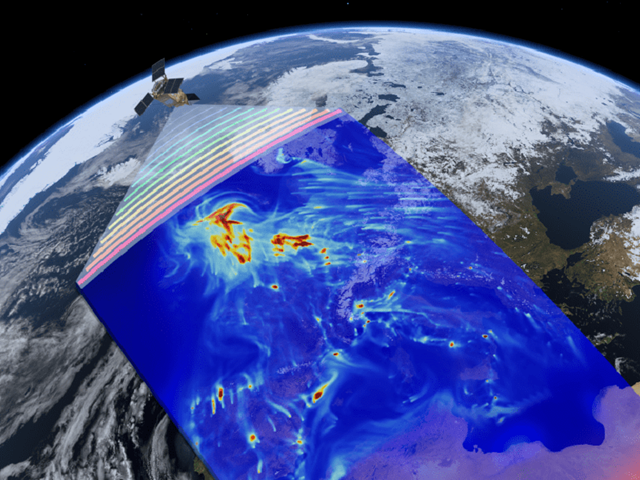 Josef Aschbacher, ESA's Director of Earth Observation states: "As nitrogen dioxide is primarily produced by traffic and factories, it is a first-level indicator of industrial activity worldwide. What is clearly visible is a significant reduction of nitrogen dioxide levels over China, caused by reduced activity due to COVID-19 restrictions, but also the Chinese New Year in January."

As the outbreak has spread around the world and cities in other continents go into lockdown, we are obviously witnessing a decline in traffic congestion, especially in urban areas. The TomTom Traffic Index covers 416 cities across 57 countries on 6 continents. It ranks urban congestion worldwide and provides free access to city-by-city information.

It offers live and interactive traffic information. It's currently showing that major cities in Europe that have been hit hard by the outbreak are showing a lot less congestion compared with the average at this time of the year. 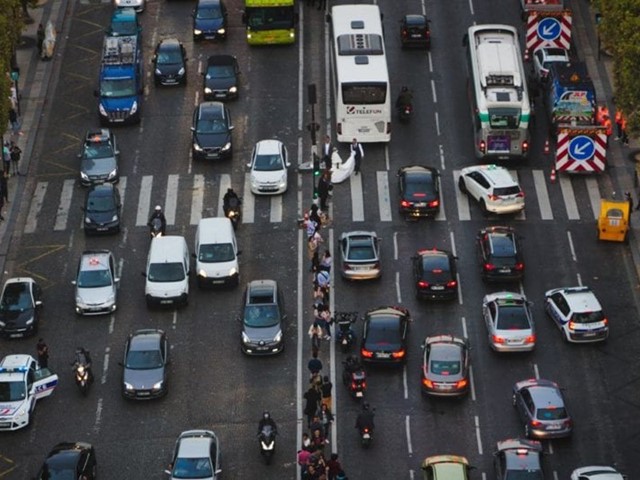 "Small changes in driving behaviours can make a huge difference.”

Traffic congestion has increased globally during the last decade. 239 cities (57%) TomTom included in its latest Traffic Index report showed increased congestion levels between 2018 and 2019, with only 63 cities showing decreases.

Talking before the crisis became a pandemic, Ralf-Peter Schäfer, TomTom’s VP of Traffic Information, said: “Globally, there’s a long road to travel until congestion levels are brought under control. In time, the rise of autonomous vehicles and car-sharing services will help alleviate congestion, but planners and policymakers can’t afford to sit and wait.

"They need to use all the tools available to them to analyze traffic levels and impacts, so they can make critical infrastructure decisions. And drivers have a role to play too. Small changes in driving behaviours can make a huge difference.”

It's highly unlikely that the on-going crisis will spell the end of the daily rush hour in the world's major cities. However, it may spark a rethink in the way we all do business. And it may make us use our cars a bit more judiciously when life and work start returning to normal.

TomTom N.V. is a Dutch multinational developer & creator of location technology and consumer electronics. Founded in 1991 and headquartered in Amsterdam, TomTom released its first generation of satellite navigation devices to market in 2004.

Emergency Measures Taken to Combat the Economic Impact of COVID-19

Automobili Lamborghini intensifies measures taken against the Coronavirus pandemic in support of new government directives, closing its premises in Sant’Agata Bolognese until 25 March 2020

12 Mar 2020
Load More
We use cookies (and equivalent technologies) to collect and analyse information on our site's performance and to enable the site to function. Cookies also allow us and third parties to tailor the ads you see when you visit our site and other third party websites in the same online network, including social networks. By clicking 'Agree', you agree to these uses of cookies. If you do not agree or if you would like more information, you can manage your cookie preferences by clicking the link provided.
Manage Cookie Preferences
adding all to cart
File added to media cart.