Consensus earnings forecasts have fallen by around 1% in just 4 weeks on a global basis. The sharp decline in the oil price has led to notable downgrades in the oil sector and leisure and entertainment have also lagged. We believe that these downgrades are largely due to the initial impact of China’s efforts to control the spread of coronavirus. So far in Q120, China has sacrificed its economic expansion in its attempt to control the spread of the disease. The ongoing impacts on supply chains and global demand growth is becoming increasingly obvious as a trickle of cautious trading statement risks turning into a torrent. In the context of declining earnings forecasts and extended forward market valuations, global equities are in our view still too sanguine in respect of the ongoing risks to growth.
Despite the optimism on show amongst investors in January, 2020 consensus earnings forecast revisions have turned markedly negative over the past four weeks, coinciding with the increasing awareness of the coronavirus epidemic in China and the associated control measures which have been put in place. The impact has been on both Chinese demand and supply. In terms of demand, luxury goods stocks have been impacted by shop closures while auto sales have stalled. Airlines have been hit by flight cancellations. Yet second order effects are now becoming increasingly visible. The extended industrial shut-down in China has disrupted global supply chains, leading to a risk of plant closures in developed nations as China-made parts become scarce.
Energy markets have suffered as oil demand has weakened by 20% during Q1. Chinese LNG importers have controversially declared force majeure, leading to LNG tanker diversions. Real-time traffic and pollution data from China highlights that for now at least the country has not returned to work at the time of writing. In the interim, energy demand is likely to remain subdued. 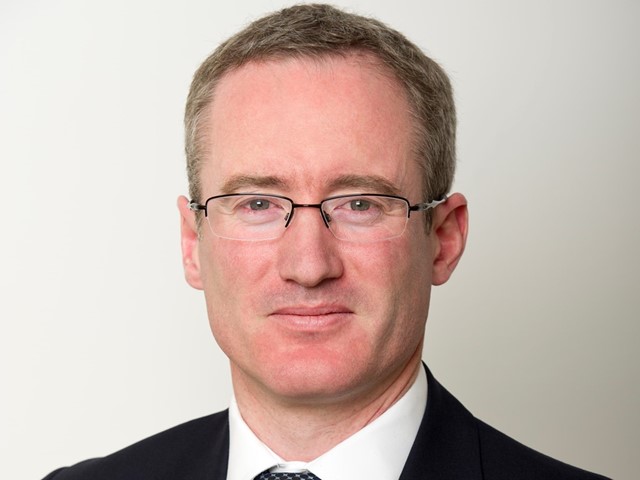 For the technology sector, most prominently Apple has in recent days highlighted a double whammy of supply constraints and a sharp fall in Chinese demand. This is in addition to the difficulties that contract manufacturer Foxconn has previously highlighted, as it tries to restart factory production with many staff failing to turn up for work.

Aside from the coronavirus, the UK once again represents something of a special case for the wrong reasons. Despite the resolution of the political deadlock following the election last year, investors’ relief in respect of Brexit has given way to fears of a no-deal outcome by December 2020. The rhetoric between the UK and EU has at times been close to hostile. This has had a negative impact on both sterling and consensus earnings forecasts. 2020 UK estimates have continued to fall in the first 6 weeks of 2020 and now indicate just 5% growth for the year, compared to 8-9% for the US and continental Europe. UK PM Johnson’s new Conservative government has for now disappointed those hoping for strategic policymaking, even as it carries the cost of a more confrontational approach. Both domestic and foreign policy has instead looked almost chaotic, impacting investor confidence in the process.

We believe that markets are underplaying the risk of a rise in coronavirus related pneumonia in nations outside China and the impact of resulting control measures. We acknowledge this scenario which has not materialised to date, as for now sustained human-to-human transmission appears to be confined to China and a quarantined cruise ship. Yet equity markets continue to trade at the high end of their forward valuation ranges in the US and continental Europe and we believe patience in 2020 will be rewarded. Notably, a dash for government bonds, which remain at their yield lows for the year, and precious metals suggest at least some investors are seeking protection from a decline in global growth expectations.

Download Media
Add All files to cart
Add All to Cart
Download All
Key Facts
Related Links
Tags
media Contact
Client Relations
clientrelations@thenewsmarket.com
TheNewsMarket
Subscribe Today. Get the news alerts you want, when you want them.

Autovista Group launches mobility event of the year for 2020

Las Vegas Celebrates Chinese New Year With Special Entertainment, Decor and Culinary Offerings to Ring in the Year of the Rat

06 Jan 2020
Load More
We use cookies (and equivalent technologies) to collect and analyse information on our site's performance and to enable the site to function. Cookies also allow us and third parties to tailor the ads you see when you visit our site and other third party websites in the same online network, including social networks. By clicking 'Agree', you agree to these uses of cookies. If you do not agree or if you would like more information, you can manage your cookie preferences by clicking the link provided.
Manage Cookie Preferences
adding all to cart
File added to media cart.